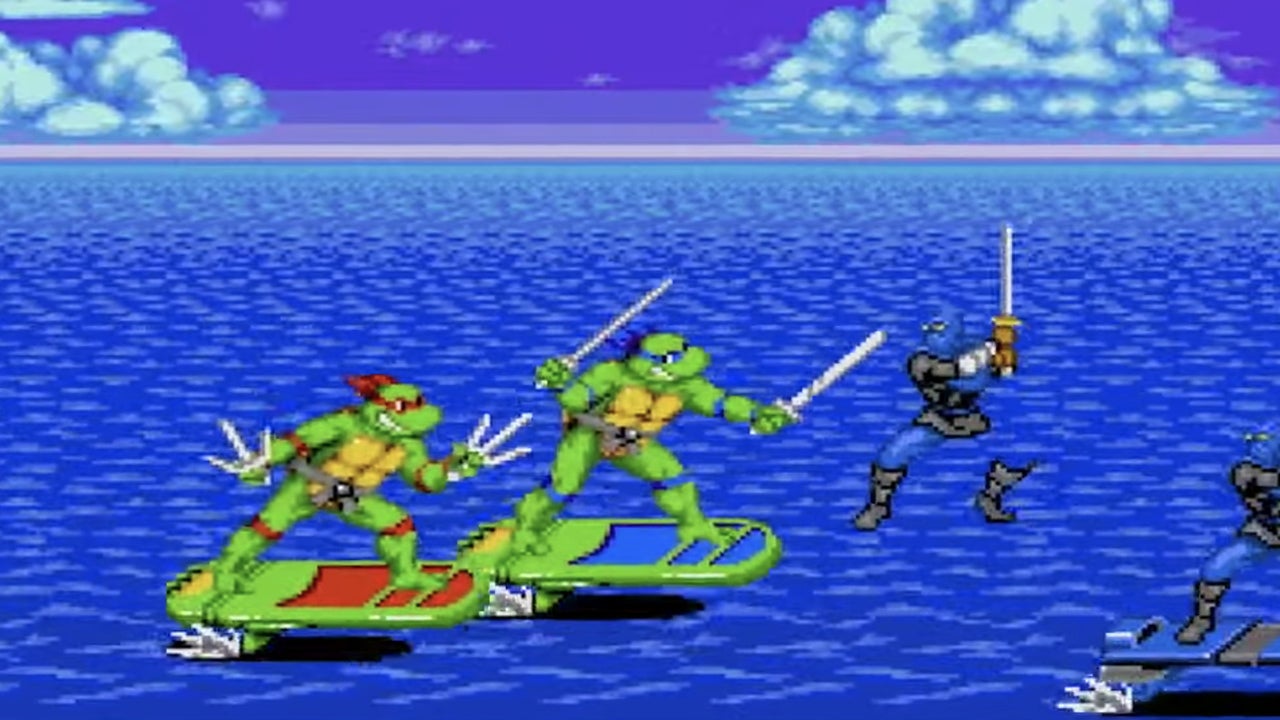 Teenage Mutant Ninja Turtles: The Cowabunga Collection is coming to PS5 and PS4 this year. Announced at Sony’s March State of Play, the collection features thirteen classic TMNT games, including Turtles in Time. The collection will also be available on Switch, Xbox One, Xbox Series X/S, and PC.

Developed by Konami in collaboration with Nickelodeon and Digital Eclipse, the collection spans games from arcade, NES, Super NES, Genesis, and Game Boy. Games have been updated with HD textures, and have modern features like save and rewind, as well as both local and online play in some games. There are also new modes like Boss Rush and Challenge Mode.

Here’s the full list of games in the collection:

The Cowabunga Collection also includes local and online co-op, including for games like TMNT 2: The Arcade Game, TMNT 3: The Manhattan Project, and TMNT 4: Turtles in Time. The Hyperstone Heist will have local multi-player.

For everything else announced at the March 2021 PlayStation State of Play, including new games from Capcom and Square Enix, check out IGN’s full round-up of new announcements here.

Bo Moore is IGN’s Executive Tech Editor. You can find him on Twitter @usebomswisely.