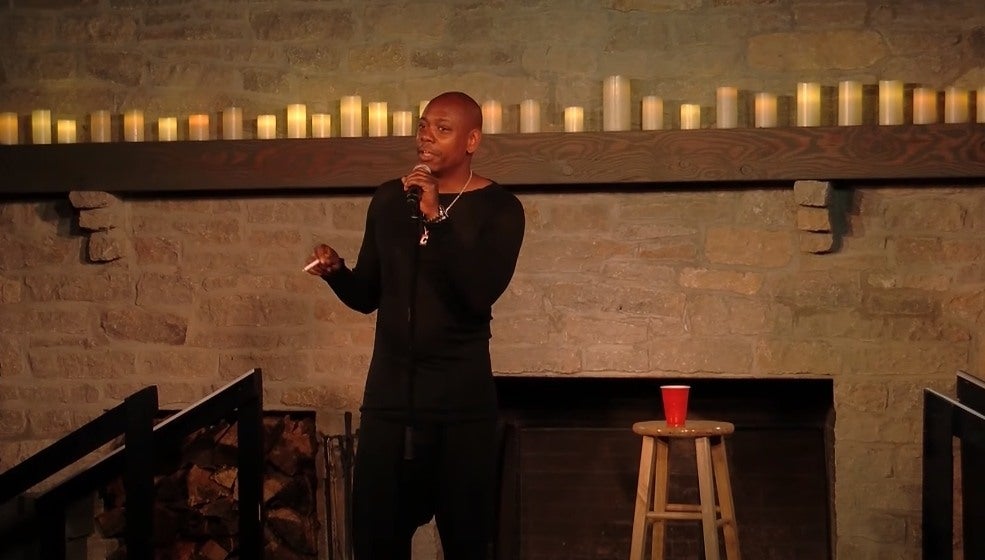 According to reports, Sarandos issued an internal memo that seemingly acknowledges discontent from employees and talent over Chapelle’s latest special, which included a series of transphobic jokes from the comedian. Variety reports that Sarandos’ memo “offered guidance on how managers should handle upset employees and angry talent speaking out against Chapelle.”

I work at @netflix. Yesterday we launched another Chappelle special where he attacks the trans community, and the very validity of transness – all while trying to pit us against other marginalized groups. You’re going to hear a lot of talk about “offense”.

Have you seen Dave Chappelle’s The Closer?

We are not offended 🧵

However, Netflix claims Field was not suspended over her tweets, but rather for joining a manager-level meeting uninvited. “Our employees are encouraged to disagree openly and we support their right to do so,” Netflix said in a statement to Variety.

In the special, Chapelle declared himself “team TERF,” which is typically applied to individuals who are openly opposed to transgender inclusion. “Gender is a fact,” Chappelle says in the special. “Every human being in this room, every human being on earth, had to pass through the legs of a woman to be on earth,” before going on to compare transgender women to Beyond Meat. Chapelle previously came under fire for targeting transgender men and women during Equanimity, a Netflix comedy special released in 2018.

Sarandos addressed the internal pushback against The Closer while defending Chapelle.

“Several of you have asked where we draw the line on hate. We don’t allow titles on Netflix that are designed to incite hate or violence, and we don’t believe The Closer crosses that line,” Sarandos writes in his memo, citing Chapelle’s massive viewership and popularity. He also brings up shows like Sex Education and Disclosure as examples of Netflix’s commitment to telling LGBT stories.

GLAAD has responded to reports of the employees’ suspension publicly, saying, “Netflix has a policy that content ‘designed to incite hate or violence is not allowed on the platform, but we all know that anti-LGBTQ content does exactly that. While Netflix is home to groundbreaking LGBTQ stories, now is the time for Netflix execs to listen to LGBTQ employees, industry leaders, and audiences and commit to living up to their own standards.”

Other Netflix creators like Dear White People showrunner Jaclyn Moore have announced they will cut ties with Netflix over the recent Chapelle special.

Neither Sarandos nor Netflix has addressed Moore’s announcement or GLAAD’s statement.

Matt T.M. Kim is IGN’s News Editor. You can reach him on Twitter at @lawoftd.