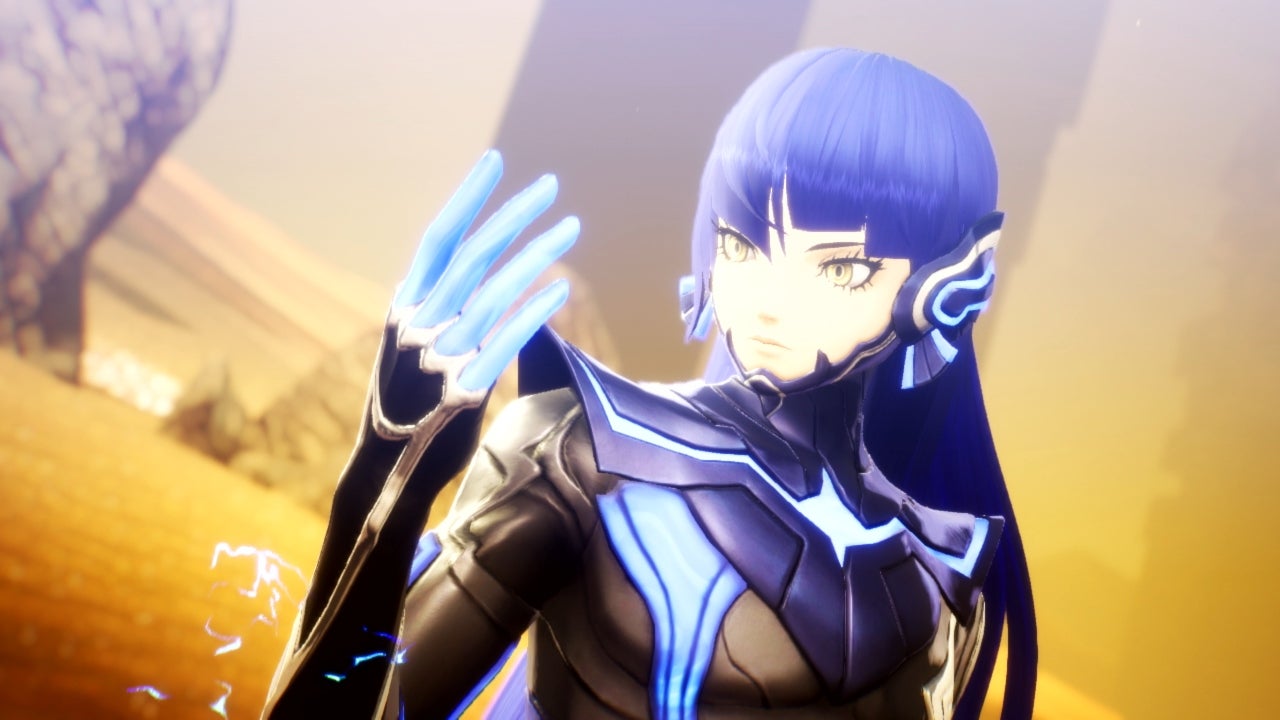 In a special broadcast aired at Tokyo Game Show 2021 Online, Sega and Atlus showed new gameplay footage of Shin Megami Tensei V, due for a Japanese release on November 11, 2021. This demo differed from the one on the show floor and published yesterday by IGN, and featured an extended battle against a red ogre.

The player (a Japanese game writer named Mafia Kajita, a self-identified fan of the series) explored a sandy ruined area of Tokyo, leading him to compare the sights to the famous sand dunes of Tottori. Monsters freely roam the map and are not only visible but audible to the player; masked Ippon-Datara wailed from underneath their masks, making a horrible sound. Kajita engaged in several small fights, showing off a variety of attacks on weaker monsters, including a Mermaid’s scream which can freeze enemies and shatter them if they run out of HP.

Shin Megami Tensei V battles aren’t all about fighting though, as the player can choose at any time to try and talk to the demons and work something out. Kajita met a trio of “crazy birds” and befriended one immediately, ending combat and netting a new party member at the same time. Other monsters needed more convincing: A bicorn told the hero he “smelled like a human,” prompting Kajita to choose the response, “I ate their food”. The bicorn was repulsed, saying, “Human food is GROSS,” so it passed him an antitoxin item and promptly vanished.

The encounter with the giant ogre began in conversation, as the beast bragged of his strength and ferocity before admitting a problem: He’s so strong and so scary, none of the other monsters will share their problems with him, they just run away. He tasked the player with finding out which monsters need his help, offering them a chance to become a “boss” in his organization. However, despite talking to several small creatures, none of them would admit to this. Kajita returned to the ogre to break the news to him, and it enraged him. He went outside and threatened the other monsters, leading them to beg for help from the player character, making the ogre madder and triggering a battle.

The fight took a long time, as the ogre had so much HP the game would not display the total number. Kajita wore the grouchy giant down by exploiting his weak points (receiving extra combat actions) and putting him to sleep such that he would miss his turns. The pattern did not hold up, and the ogre was able to hit Kajita’s entire party for massive damage. Eventually the time came to end the segment, but Kajita refused to put the controller down. The staff relented, giving him “five minutes” to finish the battle.

The extra time was just barely enough to get the job done, as Kajita finished the ogre off, forcing him to admit he felt “shame” before running away. Not only did the little demons thank the player and reward him for the fight, but the ogre also gave him a present and the game considered this a completed quest.

During a non-interactive segment, there was new footage shown of a cutscene between four powerful looking demons. They each identified themselves as coming from different regions around the world: Egypt, Greece, Scandinavia and India. Each demon’s character design lined up with its geographic origins as well. Kajita compared the scene to the Avengers, but also admitted that it was so short, he doesn’t know what relevance it has to the story. Most of the program featured speculation about the narrative of the game, as the staff admitted that very little information regarding the plot has been made public.

As the program wrapped up with release information and showing off a deluxe edition, the English broadcast team reminded the audience that local launch dates and packaging will vary by region. For the United States, Shin Megami Tensei V is scheduled to arrive on November 12, 2021.

Diamond Feit is a writer/podcaster in Osaka, Japan who uses Twitter and Twitch as feitclub.

PS5 Has the Best Game of September | Reviews in Review