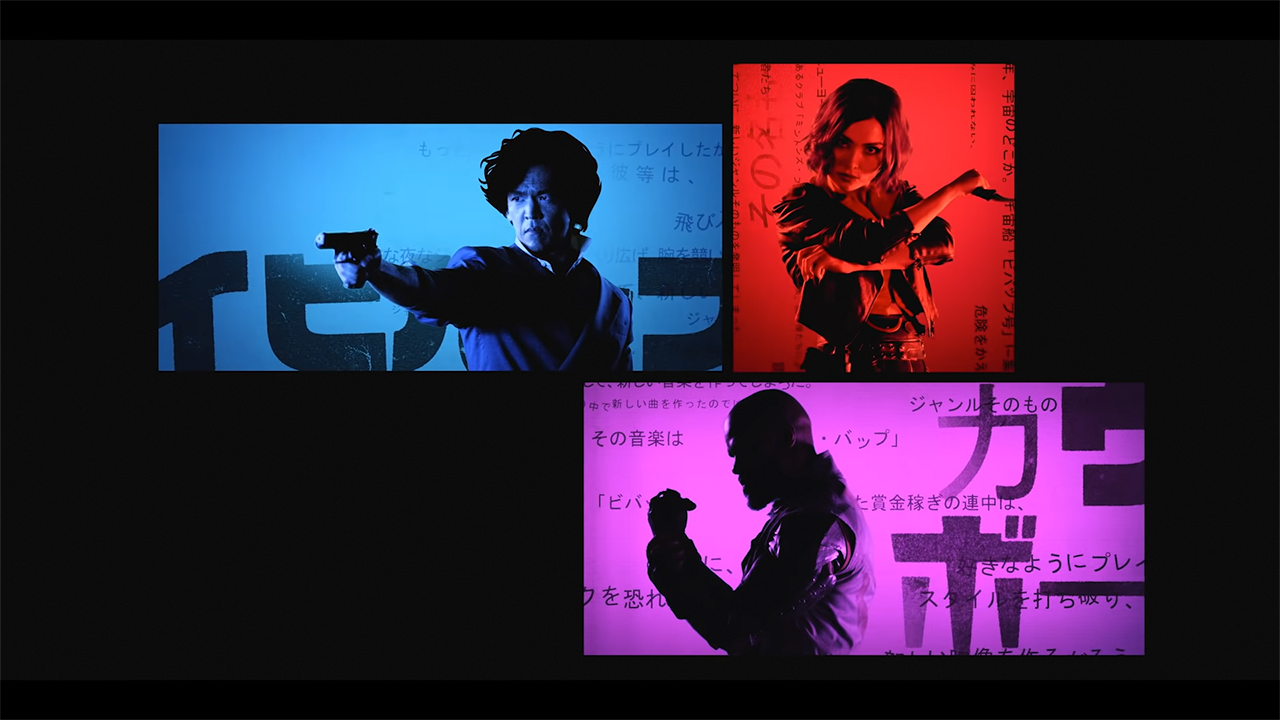 Netflix has revealed the opening title sequence for its live-action adaptation of legendary anime Cowboy Bebop, which debuts on November 19.

The opening credits score is composed by Yoko Kanno, who also composed the original anime series. The live-action show will also include new compositions by Kanno. Check out our who’s who in the Cowboy Bebop opening title sequence.

We’ve previously seen very little of the show, aside from some first-look images and a series of stunning tie-in comic book covers.

While it adapts the original anime, showrunner André Nemec has made clear that this will be an “expansion to the canon”, not exactly the same story.

How do you think the opening title sequence of the live-action Cowboy Bebop compares to the original anime’s opening titles? If you can’t remember off the top of your head, check out our side-by-side comparison of the original to the new take on the classic anime! Let us know what you think in the comments below!