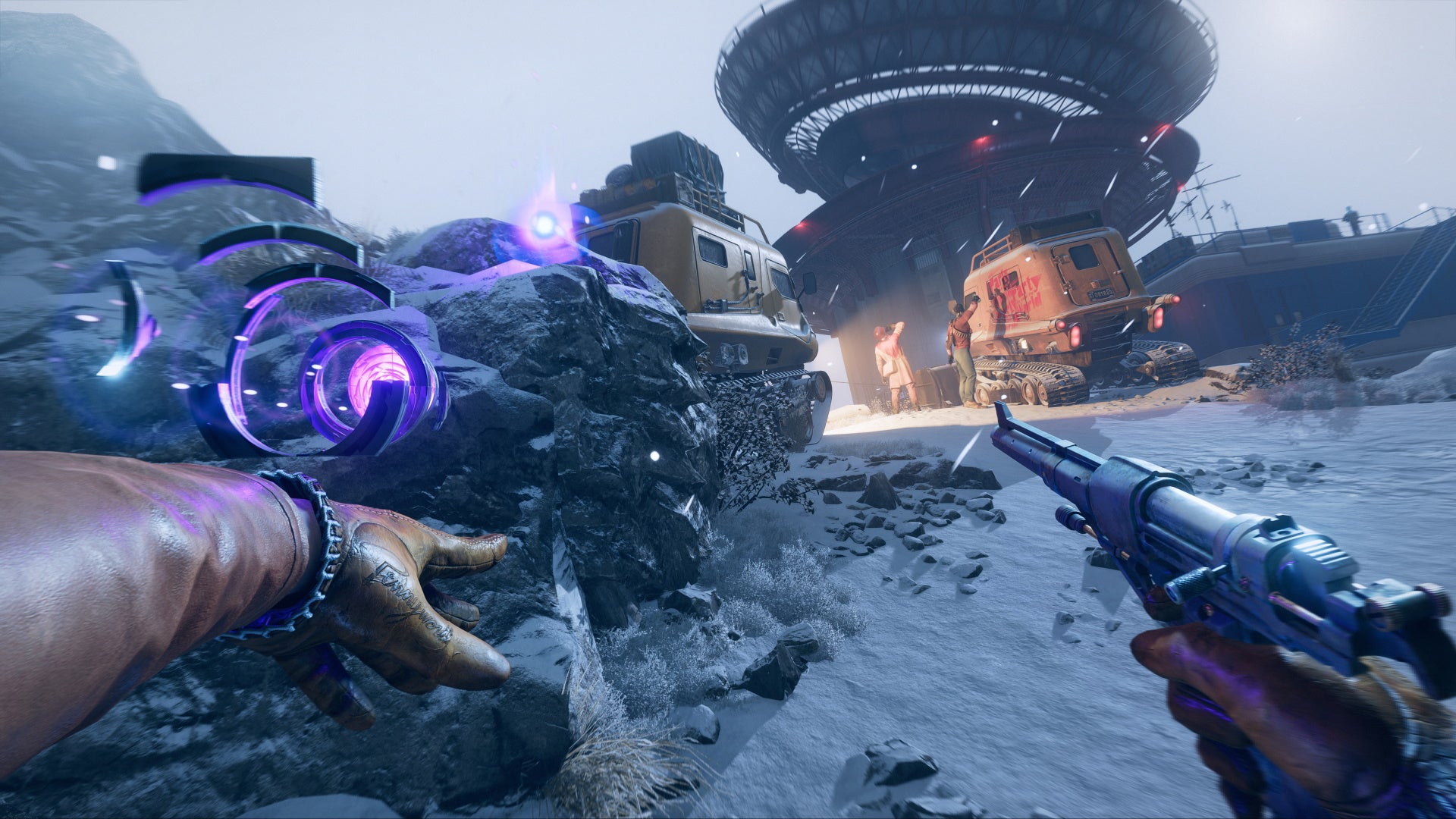 Arkane Studios’ Deathloop has received a lot of praise since its launch. However, its lack of accessibility options has become an important, and disappointing factor for a number of players.

The issue of accessibility was raised in a thread of tweets created by user @CyclopediaBrain, which discussed further some of the issues experienced by players in Deathloop – cursor-based menus, a lack of button remapping, small text sizes, hard-to-read fonts, and an inability to customise UI indicators were all mentioned. The thread also highlighted some of the possible changes that Arkane could make to the game to make it easier to access for a number of its players.

And the last important menu bit: there is no remapping or control scheme options. Just the ability to view the one scheme. pic.twitter.com/op24fB8tZW

Have you played Deathloop?

Accessibility advocate and YouTube reviewer Steve Saylor added to the argument around Deathloop’s level of accessibility by mentioning not just its lack of customisability, but its gameplay design. In an accessibility review, Saylor spoke about how he believes that a lack of accessibility is more deep-rooted within Deathloop.

After praising Arkane’s customary level design and ingenuity, Saylor say, “The problem with the design of this is that this game forces you and relies on your ability to play first-person shooters. Now when I say that, I mean specifically that you have to have a specific skill level for first-person shooters in order to be able to make this game fun and enjoyable otherwise it’s a struggle to get through it.”

The primary issue for Saylor is the harsh penalties for failure in the game, primarily the 3-life limit players are given before having to restart their current loop having made no progress. For those who have difficulty controlling the game, it adds a barrier to progress that many games don’t have. Saylor compares Deathloop to other FPS games, and their contrasting approach to failure: “I play Destiny all the time. I play Halo all the time. I love those games, but those games allow me to make mistakes and respawn without feeling like I’m losing anything along the way.”

“So do I hope that this game is going to be accessible in the future? No, I don’t.” Saylor summarises. “Because the problems I have can’t be fixed in a patch, can’t be fixed in an update […] I desperately want to roll credits on this. It is fun, and I feel like I’m missing out. I feel like I’m really missing out on an amazing experience that everyone loves, but I can’t play it. I can’t enjoy that same experience – I and many other disabled players won’t be able to play this game.”

A number of other disabled gamers have shared similar thoughts to Saylor across their own social channels. As a motor-challenged person, YouTuber Dynamic Reactions argues that Deathloop’s aim assist options do little to help counter the difficulties presented for some members of the community when playing first-person shooters. Although the game has a number of auto-aim options, Dynamic Reactions argues that these don’t necessarily work as well as they should.

“The snapping only really worked if the enemy got real super close-up on you and by then you’re already halfway dead,” says Dynamic Reactions. “There were multiple times that I wanted to stealth and use my silencer gun and be happy-go-lucky and I could not get those perfect shots that I needed.”

Meanwhile, Steve Spohn, the Chief Operations Officer and Community Outreach Director for the charity AbleGamers said that it only took him twelve minutes to figure out that he couldn’t play Deathloop as a disabled gamer. Spohn’s charity acts as a non-profit organization that promotes accessibility and inclusive communities for disabled gamers throughout the games industry. Once he’d discovered that the game didn’t live up to expectations in terms of accessibility, Spohn said that he’d tweeted about his experience as a warning for other players who face similar challenges to him.

Putting this out to warn others with challenges like mine. Refunded

Whether or not Arkane will look to patch some of the easier-to-fix issues faced by players in Deathloop remains to be seen. However, it certainly seems that for a number of players within the community, Deathloop may never feel truly accessible.

Accessibility in games has made good strides in recent years, with The Last of Us Part 2 setting a new gold standard and Xbox Series X becoming much more accessible in and of itself. EA recently released five of its accessibility patents freely, allowing developers to use them in their own games. While Deathloop was mostly developed before Arkane became an Xbox studio, the developer now has access to Microsoft’s in-house accessibility feedback panel, which will hopefully help future games.

Alan Wake Remastered Could Be a Switch Game After All